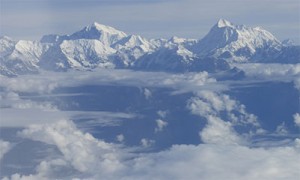 Hidden in the Himalayas, Nepal’s captivating land offers rich culture and rich landscapes. Located in the north are eight of ten of the highest mountains in the world, and in the south, jungles and more rural communities. An estimated 25 percent of the population lives below the international poverty line of $1.25 a day. 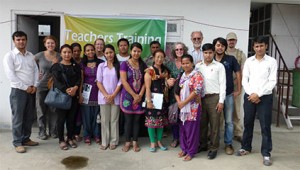 AACC has worked in Nepal since 2011 and co-constructed two schools and a library in Darkha with Hands in Nepal. Since then AACC has partnered with  Partners in Sustainable Development to focus on early childhood working with early childhood facilitators and professionals.  AACC also supports Tibetan refugee children at the Tashi School by providing needed texts books. Tashi School has asked us to help fund a high school teacher. When the children reach high school many have to leave to India for an education, however due to the increasing political tension, the trip has become more dangerous as Nepali officials are deporting the Tibetans back to the Chinese government when trying to cross over into India. 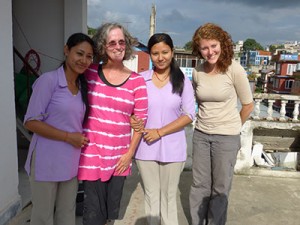 During the winter of 2014-2015, Dr. Young participated on a professional study tour of early childhood in Nepal and helped facilitate the first Nepali Summit on Early Childhood. The Ministry of Education, Tribhuvan University, UNICEF, and many wonderful early childhood facilitators and school directors attended the Summit. While she was there she provided professional development to the teachers there on AACC’s CEPET program and held an all- school community with over 200 people. 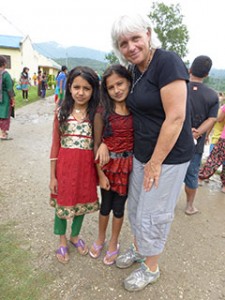 Doreen Trees and Enna Kladstrip, two officers of AACCs Board of Directors, traveled to Nepal in 2013 to build working relationships with Partners in Sustainable Development. They also worked with local schools and communitiest with AACC’s CEPET program to bring concepts of holistic education and empowerment to Nepal.

The AACC team in Nepal also toured a K-12 school where Dr. Young held a workshop on brain development and classroom practices. It was interesting to us that the start of the school day in Nepal begins with a gathering of the entire student body in the courtyard/playground to sing the Nepali anthem and recite a prayer all in unison. This has left a lasting impression with all of the AACC team, as is not something that happens in the U.S.

The AACC team also visited an orphanage in the countryside outside of the city to observe a program from Partners in Sustainable Development. While there we experienced the festival of International Mud Day, where many, including us, played in the mud of the rice fields, preparing them for harvest. The days that followed were full of meetings, workshops, and reflection of how AACC can meaningfully partner and help make a difference in early childhood development programs.